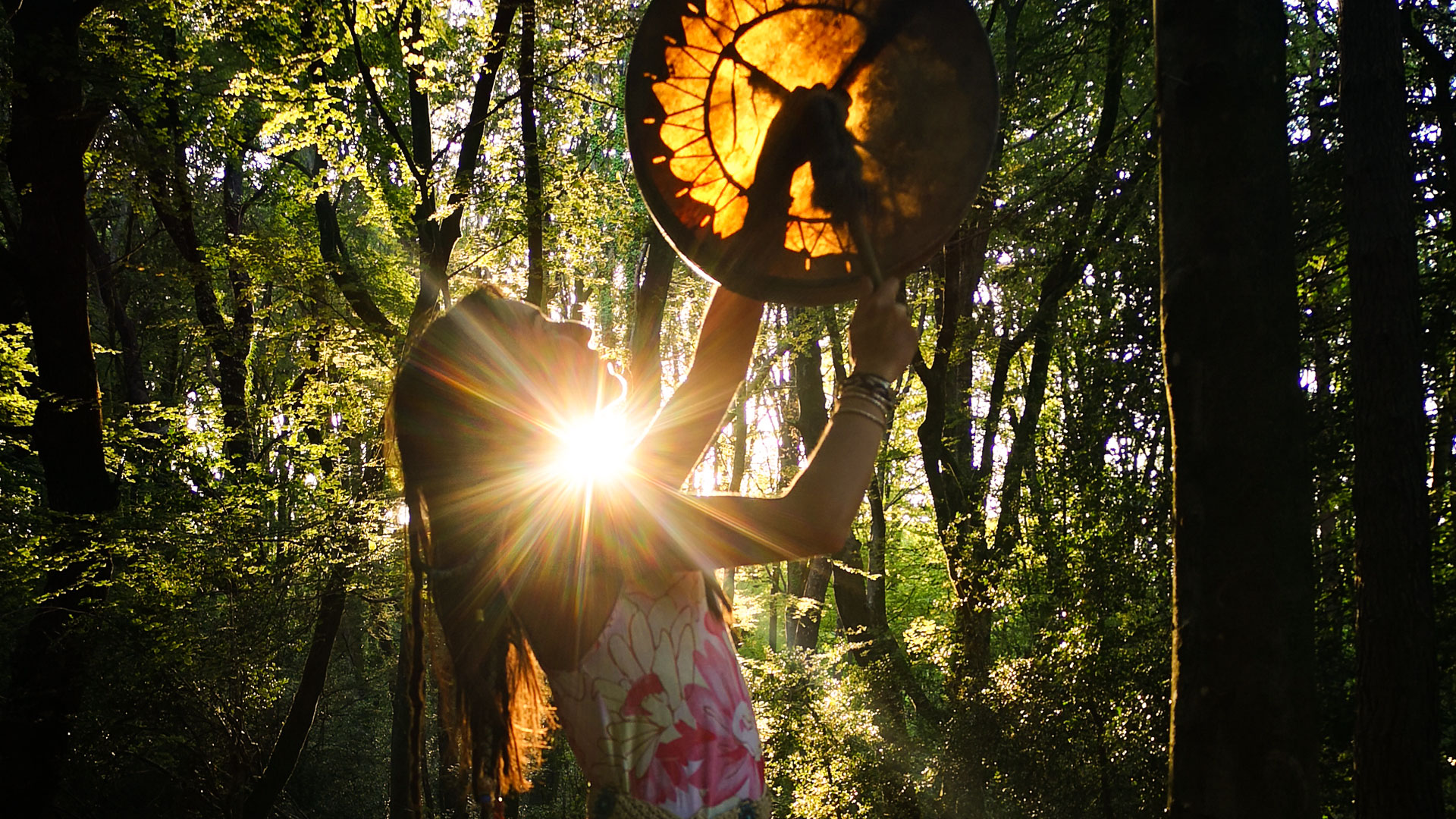 I remember being about five or six years old and trying to work out whether I was meant to puff my belly out on my inhale or on my exhale. I would spend ages experimenting with all the different ways of breathing, determined to do it the 'right' way. And I do not remember a time when using my voice to tell stories and sing my heart out didn't lift my spirits. Later on, I discovered the joys of dance as well as yoga. My mum is a medical doctor who retrained as a bodyworker (Rosen Method) when I was a teenager, and through her influence I've always had a fascination with the human body on a physical and emotional level. There is something so deeply ingrained and primal about connecting to breath, voice and movement.

I was raised - largely - in Geneva, Switzerland, after spending the first few years of my life  moving from place to place in Germany and The Netherlands, a pattern I continued in later life. I come from a mixed background - German and Egyptian - and have always felt that I belong everywhere and nowhere; a feeling that still permeates both my music and my teaching.

My musical journey began with 8 years of (classical) violin from the age of seven, all the while enjoying singing and drumming (on the dining room table!) at home, mostly with my dad, who kick-started my musical education with his love for jazz. Jazz and Musical Theatre were the first vocal techniques I studied as a teenager, followed by a brief excursion into classical singing and opera. During my studies of Drama and Early Modern History at the University of Kent, I held a music scholarship and performed in a variety of settings and styles. I later dabbled in blues as a member of a student band in Dublin before taking an unwanted break from music while pursuing a PhD in Early Modern History. During this time I was recovering both from years of Lyme Disease and and a traumatic open abdominal surgery - and my body was incredibly tight, weak and more often than not in pain... and so it was from this place that I began my yoga journey in earnest.

It was after moving my doctoral studies to Florence, Italy, that I began my yoga teacher training at what was then It's Yoga and is now Inbodhi Yoga Firenze - and completely turned my life around. I let go of my PhD and dedicated the next few years to my practice as well as working towards opening a studio in Brighton, UK, where I had somehow ended up - and so what is now Inbodhi Yoga Brighton was born. Over the last few years I completed my E-RYT500 yoga qualification and led numerous teacher trainings myself... and my physical and mental health as well as my relationships to myself and others have transformed on every level. I am also trained in Kids and Family Yoga and have attended two Rosen Method bodywork intensives, which have hugely influenced my Yin and Restorative classes.

It was in 2018 that I met the breath in a new way. I thought I had this part of being human figured out through all the years of vocal and yogic training - little did I know! My first Transformational Breath session with my friend and mentor Michèle Barocchi - who had also been my yoga trainer - blew me away. At the end of the session, I found myself sobbing and shivering in her arms... And soon after I felt completely reborn. So that's what it's like to breathe. After a few more sessions, another surgery and endometriosis diagnosis, I felt I needed to commit to my breath. I am now a Transformational Breath intern and certified to provide online one to one sessions.

And because everything is connected, it was soon after my first Transformational Breath training that I began writing songs again - in a way that I have never done before. Every powerful breath session or difficult experience has since been turned into music - and I discovered just how healing this form of creative expression can be. I am currently in training with the British Academy of Sound Therapy (BAST) as a Holistic Voice Therapist and working on recording my first few songs.

My mission is to help others get in touch with their inner guidance and creative expression through my music and the voice as well as yoga and, of course, the power of the breath.

I currently live in Worthing, West Sussex, with my partner Darren and our little cockapoo Fëalin.

Get in touch Back to Homepage